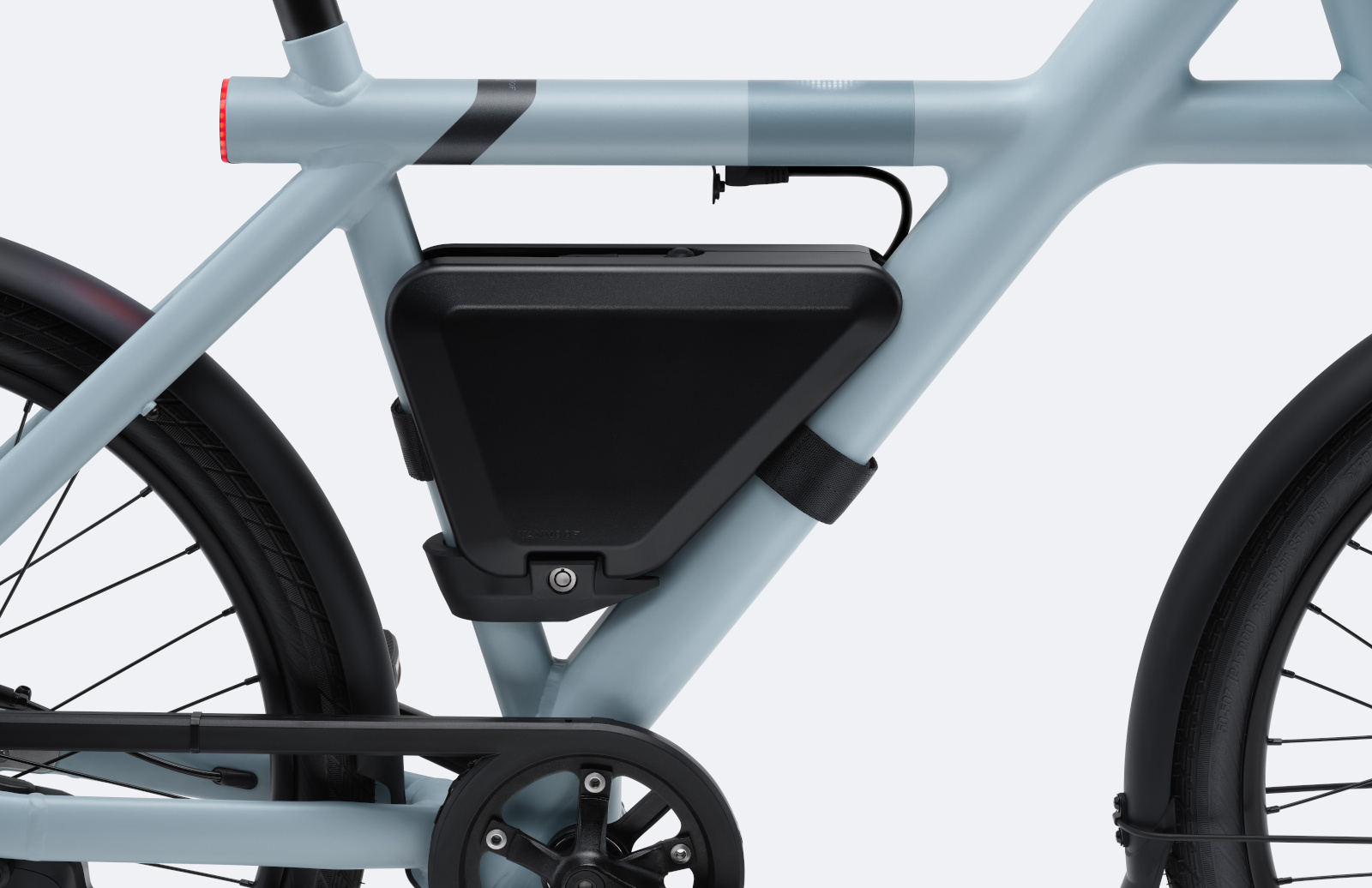 VanMoof’s S3 e-bike can provide assistance for 37 to 93 miles before it runs out of power, but the company’s new accessory can extend that range considerably. The company has launched a removable PowerBank for its S3 and X3 electric bikes, giving you a way to add a range between 28 and 62 miles. Of course, the additional range you’ll get depends on your pedal assist level: If you ride with the lowest level, the PowerBank can potentially help you stretch the e-bike’s range to 150 miles. That’s comparable to the range of average electric cars, such as the standard Nissan Leaf.

“The accessory makes VanMoof’s e-bikes even more accessible as even longer commute distances are now possible on a single charge. It also brings the VanMoof S3 & X3’s range capacity closer to that of an average electric car, making the e-bike company’s case for car replacement even more compelling.”

Since the PowerBank is detachable, it can be charged indoors. The device charges from 0 to 100 percent in three hours and it can charge the main battery anytime, whether the e—bike’s just standing still or whether you’re riding it. You can now pre-purchase accessory from VanMoof’s website for $348, though shipping doesn’t start until June. It’s far from cheap, but it could be useful if you want to do long-distance rides on your bike.

In addition to launching the PowerBank, the company has also announced a few improvements for the S3 and X3 models, including better Matrix Display visibility. We found the Matrix Display tough to read in bright sunlight when we tested it, and this upgrade could solve that issue.