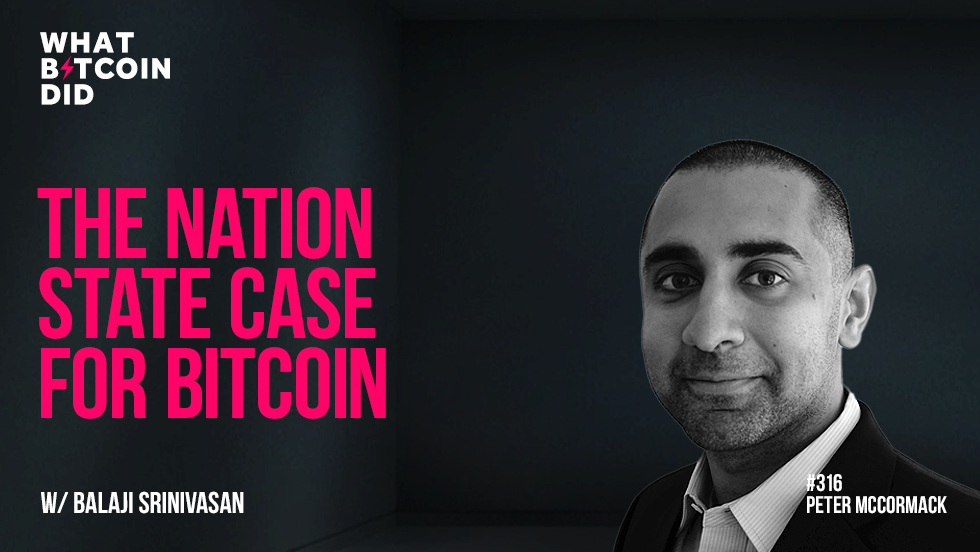 The corporate adoption of bitcoin has widely defined the last 12 months for bitcoin. Following Michael Saylor’s watershed move, companies such as Tesla and Square have been adding bitcoin to their treasuries.

Many see the next logical step as nation-states adding bitcoin to their reserves. While some countries like Estonia and Malta have been very open to bitcoin, a large number still, at least publicly, have a less welcoming stance.

The Indian government recently announced its intention to ban ‘private’ cryptocurrencies, including bitcoin, fearing adoption would threaten national security and create a capital outflow from the country. Balaji Srinivasan thinks this is the wrong move and put forward the opposite case in his recent article Why India Should Buy Bitcoin.

In this interview, we discuss the benefits to a nation-state adopting bitcoin, why India are the perfect first mover and the demise of Silicon Valley.