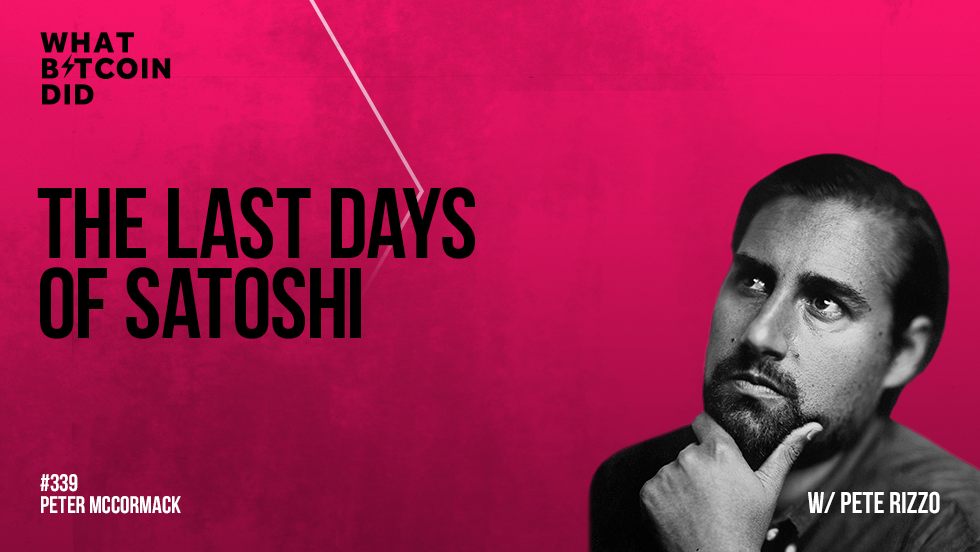 Ten years ago, in April 2011, Satoshi Nakamoto sent his last known message to Mike Hearn, stating that he had “moved on to other things” and that Bitcoin was “in good hands”. Satoshi left the development with Gavin Andresen and a group of contributors and left the Bitcoin community for good.

At launch, Bitcoin was governed and developed entirely by Satoshi; it was centralised. To reach the level of decentralisation that Satoshi envisioned, Bitcoin couldn’t have a leader that the community looked towards; instead, it needed to rely on peer review, debate and consensus. Satoshi, the mythical and mysterious leader, had to leave the project he founded.

Pete Rizzo wrote The Last Days of Satoshi to answer the fundamental questions about Bitcoin’s early history and its creator. How did he run the project? And why did he have to leave?

In this episode, I talk to Pete Rizzo, the Editor at Kraken & Bitcoin Magazine. We discuss Satoshi’s final days, his contribution to Bitcoin, the project’s transition to decentralisation, and why his disappearance was inevitable.