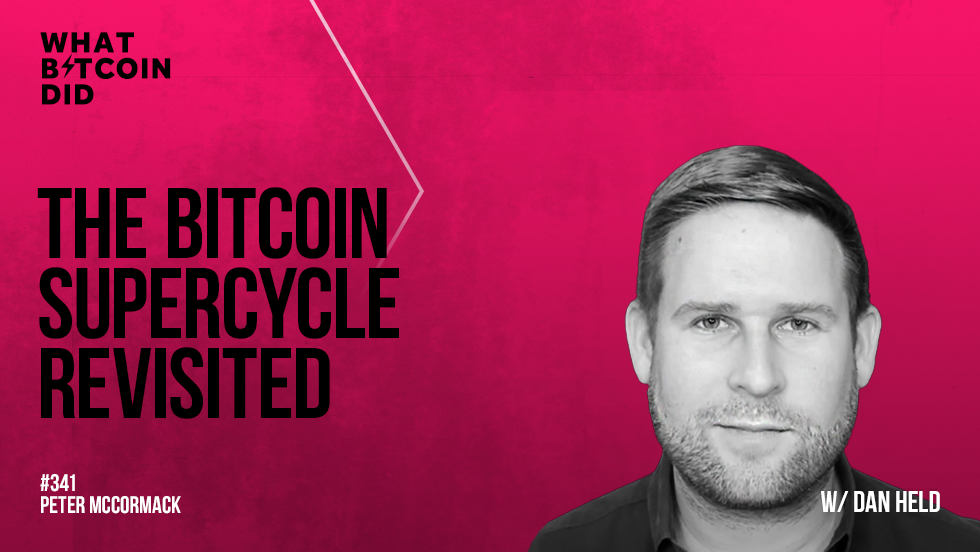 When Dan Held first wrote about a possible bitcoin supercycle back in 2019, the idea seemed far fetched. The bitcoin price was just under $10,000, and we were a few months away from the first reported cases of COVID-19.

Now, 18 months on from that tweet, the idea of a supercycle is gaining traction. With governments around the world resorting to astonishing amounts of monetary and fiscal policy to temporarily prop up economies in response to COVID-19, the case for bitcoin has never been so clear. A new wave of investors has arrived, with bitcoin offering them a life raft from fiat currency debasement.

In early February, Dan Held came on the show to discuss the Supercycle thesis, and since then, the price of bitcoin is up over 50%. Still, more critically, Tesla bought $1.5 billion worth of bitcoin in a move that plays nicely into the supercycle theory.

In this interview, I talk to Dan Held, the Growth Lead at Kraken. We discuss his supercycle thesis, the macro elements that make this cycle different and why traditional investors are waking up to bitcoin.