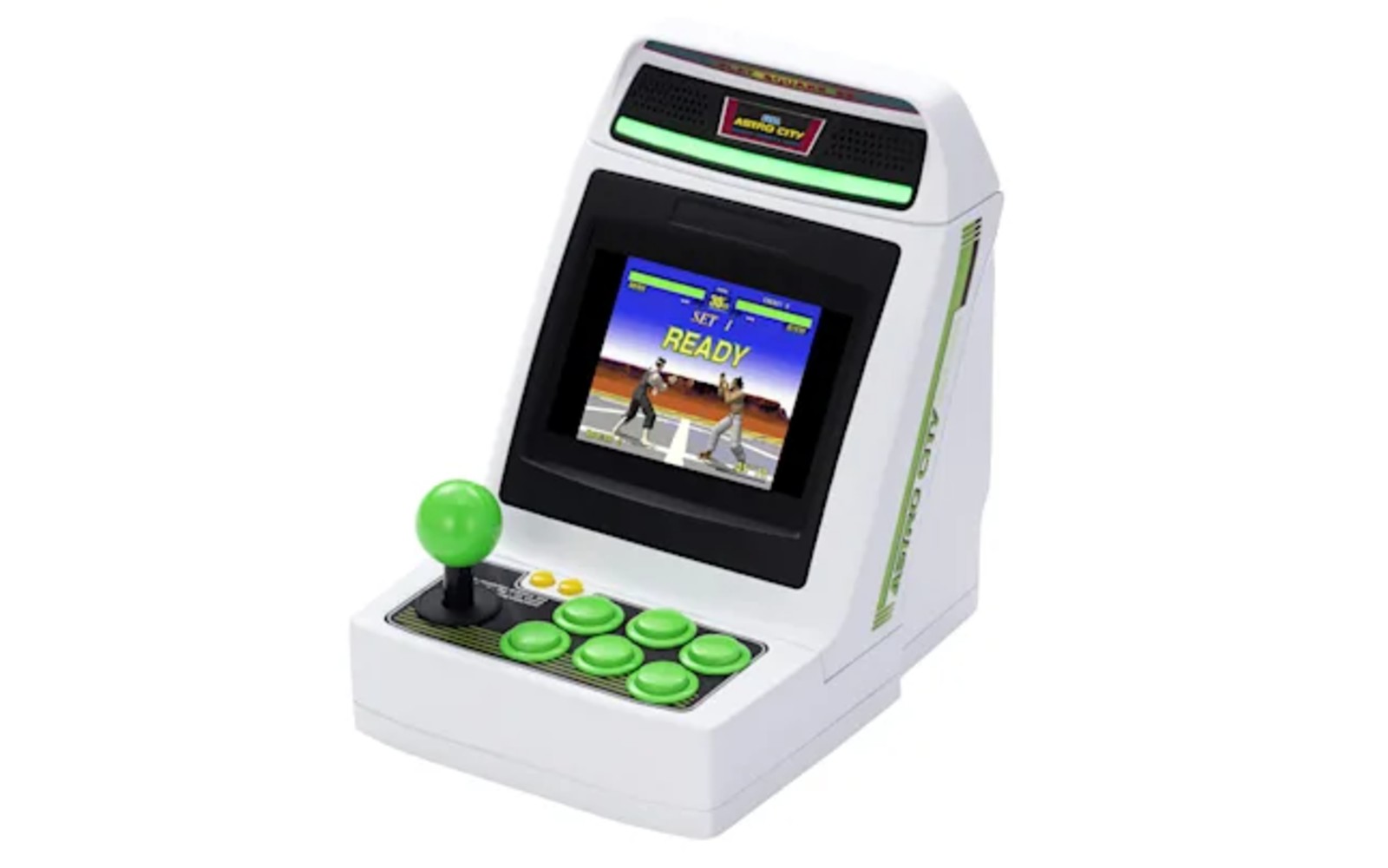 If you’ve been patiently waiting for a chance to buy Sega’s Astro City Mini, you’ll have a small window of opportunity to grab one. Limited Run Games will sell 3,500 units of the adorable micro-console (via Polygon). It goes on sale for $130 on March 26th at 10AM ET. That’s this Friday, so set a calendar reminder as needed. Limited Run Games will also have a selection of accessories on offer, including a matching controller for $28.

Announced last year and only available in Japan at the time, the Astro City Mini comes with 37 classic arcade games, including highlights like Alien Syndrome, Altered Beast, Golden Axe and Virtua Fighter. The majority of the included games are localized in English. Some have sections of untranslated text, but the menus are all in English. The device itself features an LCD screen, HDMI out, headphone jack and two USB-A ports. That means you can connect the console to an external display if you find the included screen is too small. In another quality of life concession, the Astro City Mini allows you to save your progress at any point.

Engadget Japan editor Ei Ito tells us that the Astro City Mini disappointed on release, with a great game selection hampered by inconsistent emulation, poor quick saving and a lack of button mapping. It’s apparently already discounted by around 30 percent in the country. Here’s hoping that Sega has fixed some of those issues for its western release.