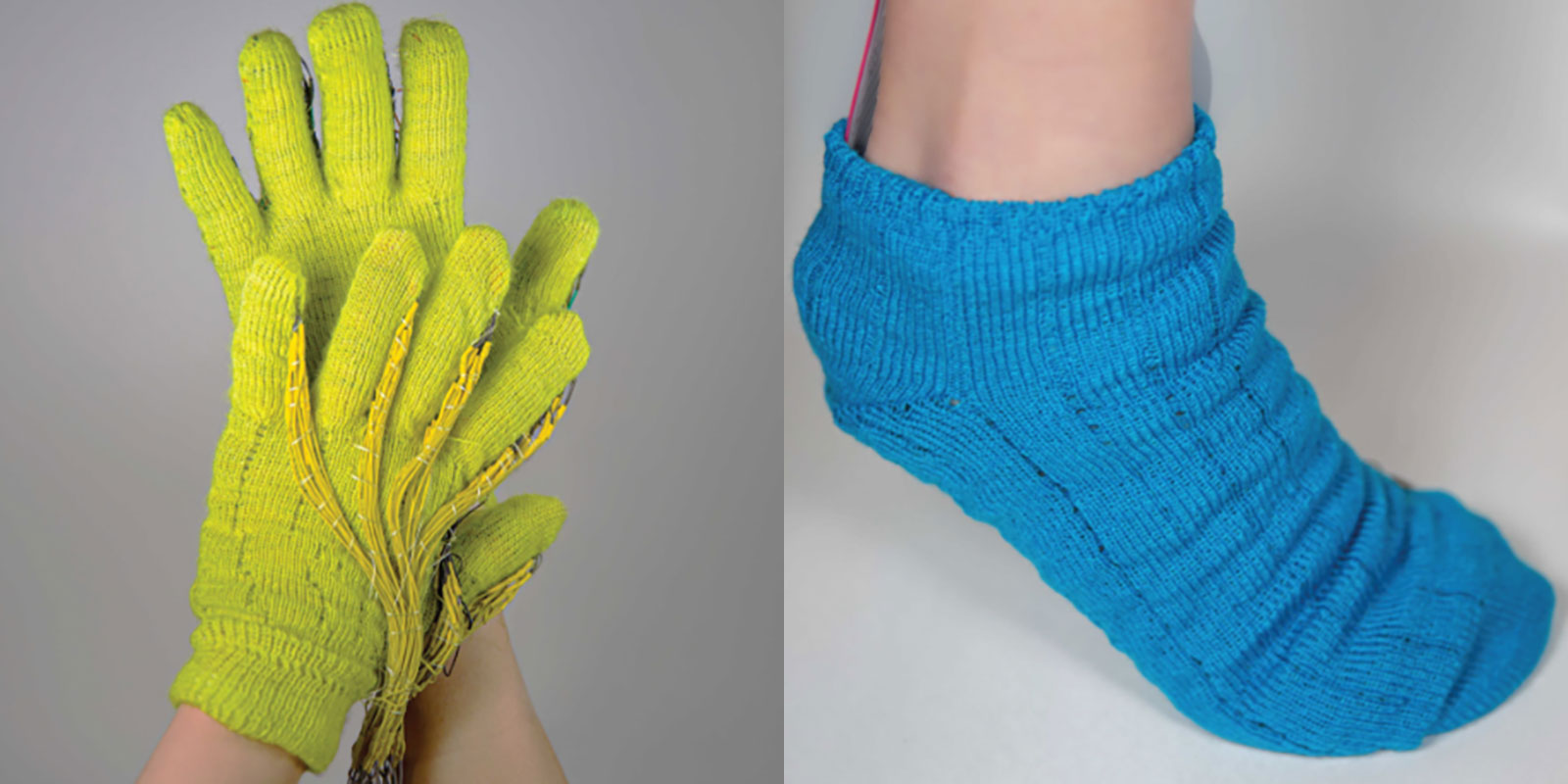 Wearable tech is often helpful, but rarely as comfortable as your favorite sweater. MIT CSAIL might just make that tech downright comfy, though. Its researchers say they’ve developed smart clothes whose “tactile electronics” can track even subtler body movements while looking and feeling like the soft, breathable apparel you’d wear every day.

The textiles are machine-knitted using both conventional material and piezoresistive fibers that react to pressure and hold arbitrary 3D shapes. Machine learning helps calibrate and correct the sensors so that they produce consistent output. Neural networks, meanwhile, turn sequences of raw input into more usable data “frames” and predict poses. The result is a system that can not only capture many points of data in an unintrusive way, but infer what you’re doing without requiring sensors across your entire body.

The initial prototypes cover a wide range of possibilities. Gloves can detect what you touch, while socks can tell when you’re squatting or standing on your tiptoes. A smart vest can recognize poses and even the texture of the couch you’re sitting on. There’s also a sleeve that reacts to pressure on your arm.

The tech is made using affordable materials and would be relatively easy to mass-produce.

CSAIL envisions a range of uses for humans. Athletes could record their postures and help rookies perfect their form. Assisted-care residents could get help sooner if there’s signs they’ve taken a fall. However, the technology could even help robots — you could teach robots to mimic tasks, or give them a “skin” with the advanced sense of touch they normally lack. In other words, this could be helpful even if it doesn’t become part of your wardrobe.