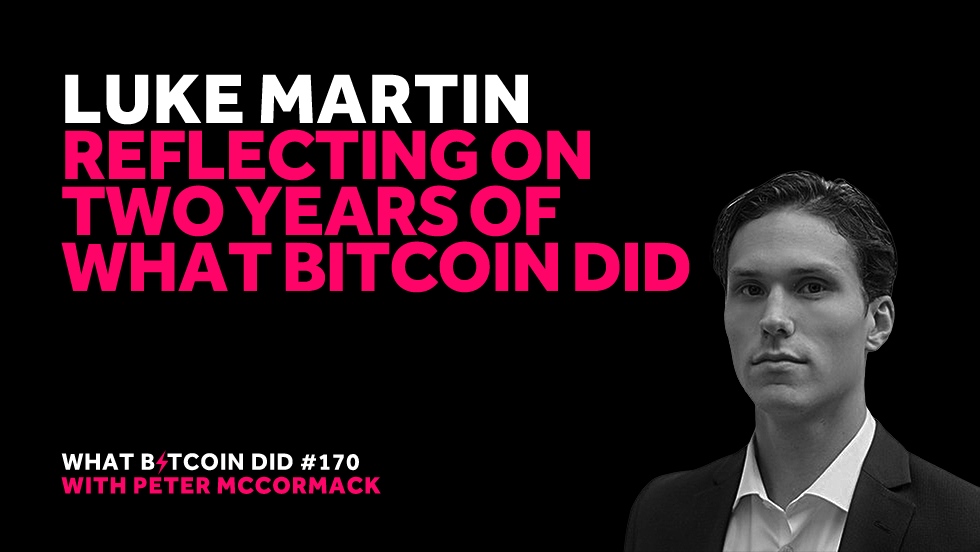 Two years ago I sat down with Bitcoin trader & analyst, Luke Martin in LA to record the very first episode of What Bitcoin Did

Luke has dropped out of school to focus on his trading full time, and he’s now known as being one of the most followed in his field. He’s also a fellow podcaster, the host of the Coinist Podcast and even been a guest on CNN.

By coincidence, we managed to find ourselves in the same city exactly two years ago to the day that Luke and I recorded WBD001. Two years is a significant amount of time in Bitcoin and lots has happened. Luke and I have remained friends, and we have supported each other along the way, Luke telling me to stop fighting on Twitter, and I have encouraged Luke to continue podcasting.

As a fellow podcaster, Luke speaks with people in the industry, gaining insights predominantly on the Bitcoin market, trading and exchanges. In this interview, we sit down and reflect on the two years since we recorded WBD001 and discuss Bitcoin, financial services and Twitter.