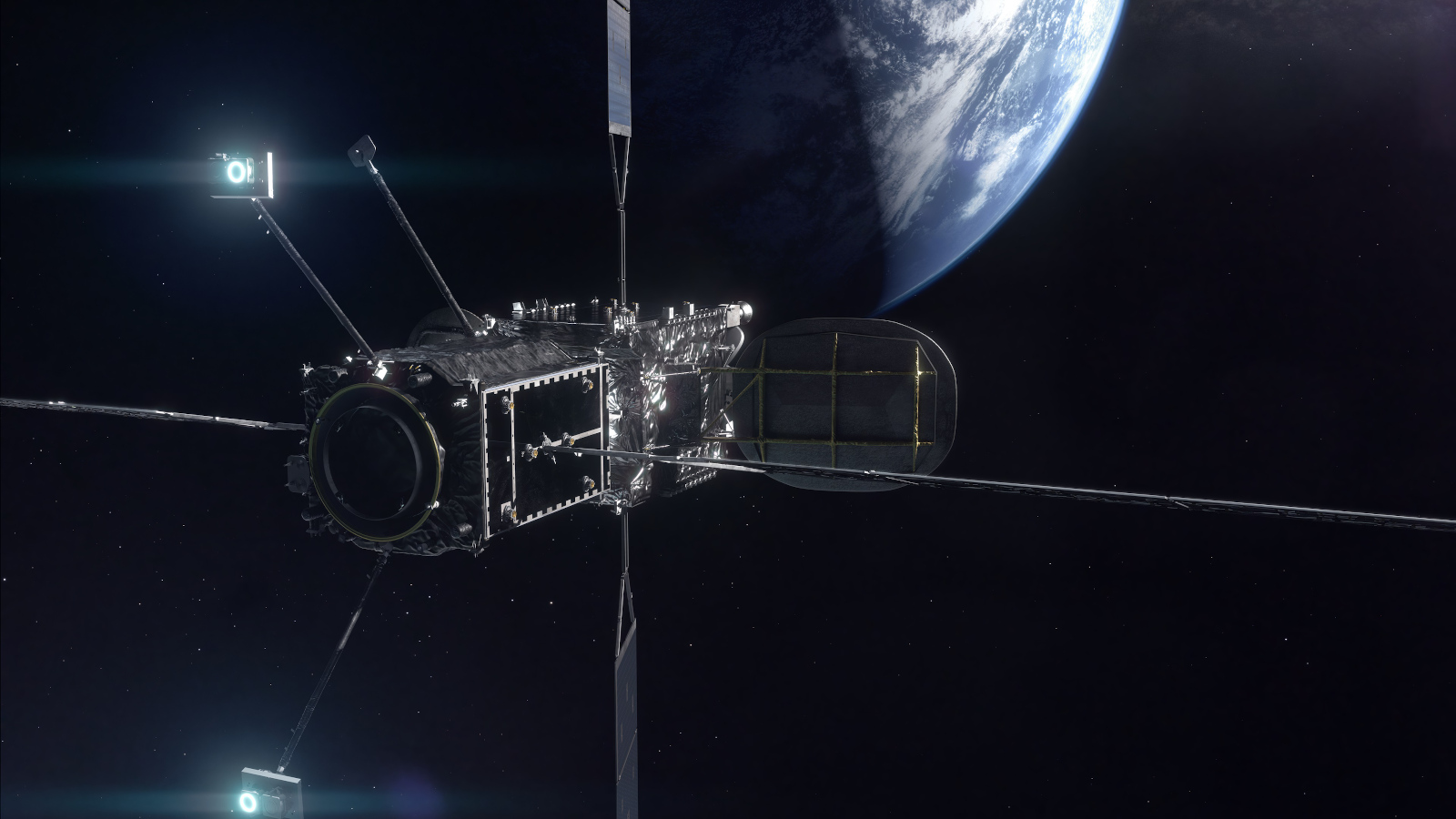 Intelsat’s IS-10-02 communications satellite was running low on fuel — it’s been in orbit since 2004, after all, and has already exceeded its original mission lifespan by five years. Thanks to Northrop Grumman’s Mission Extension Vehicle-2 (MEV-2), however, it gained another five years of life and will stay operational instead of being decommissioned. MEV-2 launched in August and has been making its way to the satellite in geosynchronous orbit since then. On Monday, it caught up to its target and clamped onto it to provide the IS-10-02 with more fuel.

According to TechCrunch, a representative described the robotic spacecraft as a “jetpack for the 10-02 satellite.” The spokesperson explained the docking process as follows:

“The MEV-2 docking system consists of a probe that we insert into the liquid apogee engine on the aft end of a satellite. Nearly 80% of satellites in orbit have this featuring, allowing the MEV service a variety of customers. The liquid apogee engine acts as a “cone to capture” to help guide the probe which once it passes through the throat of the engine, expands to capture the client satellite. The probe is then retracted pulling three stanchions, or feet, up against the launch adaptor ring, securely clamping the two vehicles together.”

This marks the first time a life-extension services vehicle was able to dock with an active satellite in its operational GEO orbital location. MEV-2’s predecessor, the MEV-1, clamped onto Intelsat’s IS-901 last year. That satellite was already out of fuel and was docked out of its original orbit at the time, though. As TechCrunch notes, Northrop Grumman had to ensure that MEV-2’s approach wouldn’t disrupt its target’s operation and orbit. By successfully doing so, the aerospace corporation proved that it’s possible to service active satellites, which means companies can potentially save millions by extending the life of their older space objects.

MEV-2 will stay with IS-10-02 before moving on to extend the life of another satellite. In addition to the MEV, the company is working on robotic vehicles that can do in-orbit repair, augmentation, assembly and inspection. Those vehicles will also be used to deliver life-extending pods to satellites to extend their mission lifespan without the need to remain docked with their targets. Northrop Grumman is hoping to launch both those technologies by 2024.