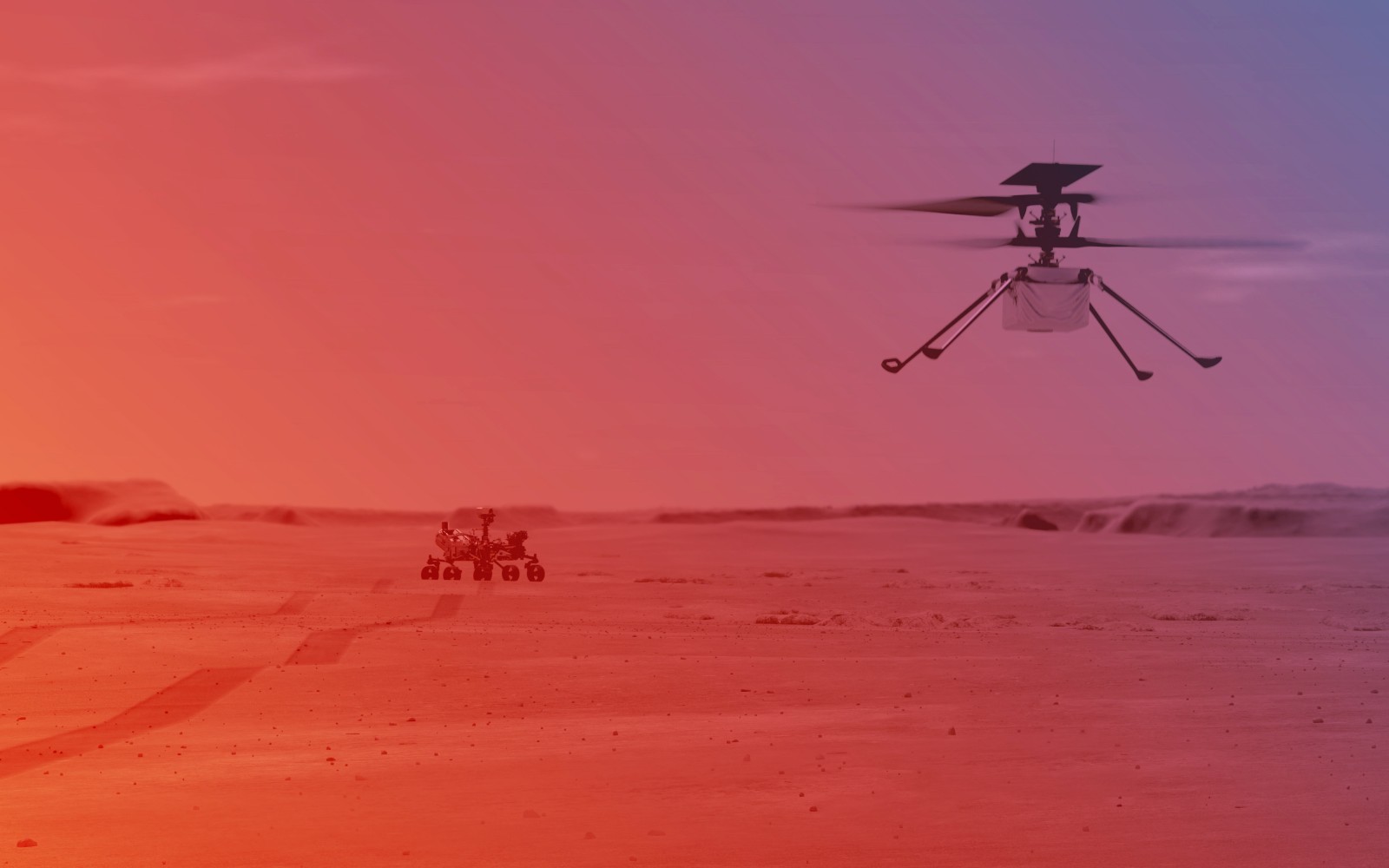 NASA will attempt to fly Ingenuity for the first time early next month. The agency announced it plans to test fly the 4-pound prototype helicopter no earlier than April 8th. Ingenuity made its way to Mars attached to the belly of NASA’s Perseverance rover, which successfully landed on the surface of the Red Planet on February 18th.

Perseverance will deploy Ingenuity in a 33-by-33 foot stretch of terrain within the Jezero Crater NASA has selected for its flatness. The entire process will take about six days to complete, with one step of the procedure involving a pyrotechnic cable-cutting device. After Perseverance drops off Ingenuity, it will carefully back away from the helicopter to give its solar cells the chance to recharge. Once deployed, NASA will attempt to complete the entire test flight process in about 31 days. “As with everything with the helicopter, this type of deployment has never been done before,” said Farah Alibay, a systems engineer at Jet Propulsion Laboratory.

If all goes according to plan, Ingenuity’s first test flight will see it hover about 10 feet off the surface of the planet for 30 seconds. So far, NASA has only had a chance to fly Ingenuity here back on Earth, where it has tested it inside vacuum chambers and labs. Flying a vehicle above Mars presents some unique challenges. While there’s less gravity on the planet, the atmosphere is also significantly less dense. But perhaps the biggest challenge facing the robot is the cold temperature of Mars. Nighttime temperatures can drop as low as minus 130 degrees Fahrenheit. “Mars is hard,” said MiMi Aung, project manager for Ingenuity at JPL. “Our plan is to work whatever the Red Planet throws at us the very same way we handled every challenge we’ve faced over the past six years – together, with tenacity and a lot of hard work, and a little Ingenuity.”