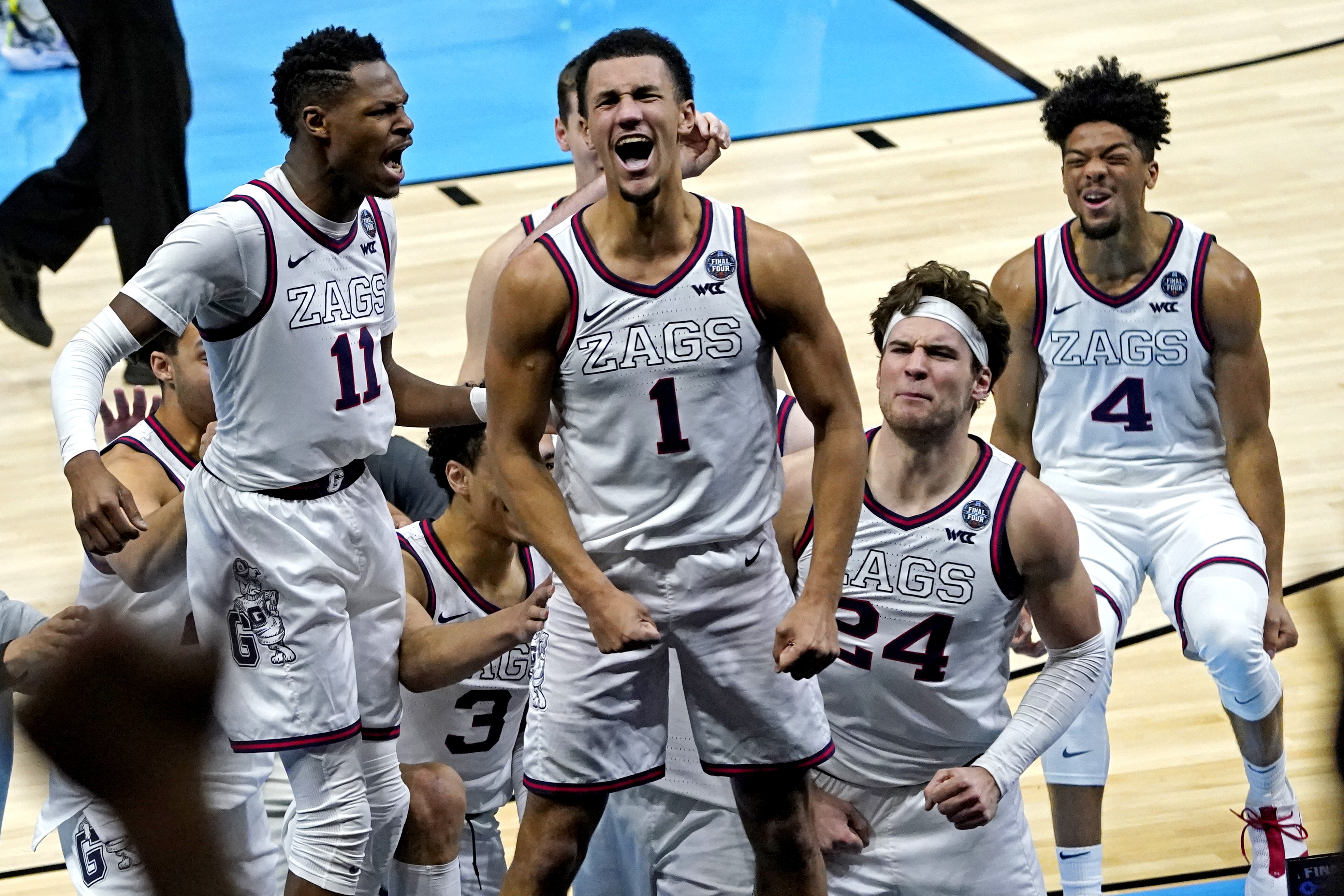 At the start of April, Gonzaga guard Jalen Suggs made NCAA history by nailing the first semi-finals buzzer beater in more than 40 years. With just 3.3 seconds left on the clock, he advanced up the hardwood and hit a three-pointer from just past the half court line. The shot sent Gonzaga to the national championships where they eventually lost to Baylor.

With Suggs now heading to the NBA draft and expected to land somewhere among the top three picks, he’s auctioning off a commemorative NFT celebrating the moment. Titled “The Shot,” the token is tied to an artwork that shows Suggs pumping his fist and smiling. An NFT, for those still unsure about what they’re all about, is a way to tie an intangible asset to a specific token that is unalterable.

What separates the NFT Suggs is auctioning off from many of the ones we’ve seen in the past is that he’s also including the shoes he wore during the game, which he has also signed with his autograph. That’s to say the person who wins the auction will get a tangible asset. College athletes typically can’t monetize what they did in school, but Suggs seems to have found a clever workaround in that the artwork approximates a career defining moment instead of replicating it wholesale.