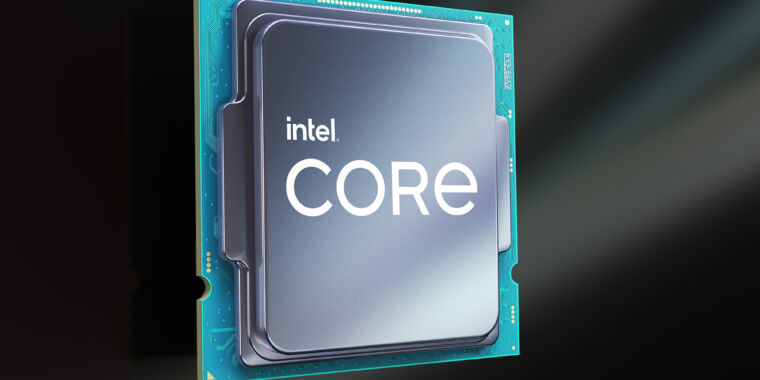 103 with 61 posters participating, including story author

The new chips, based on Intel’s Cypress Cove architecture, claim up to a 19 percent increase in Instructions per Clock cycle—a very familiar figure, since it’s the same number AMD claimed for gen-on-gen IPC uplift between its Zen 2 and Zen 3 architectures. We’ll do some hands-on benchmarking in the near future to determine how important the “up to” hedge on that claim matters.

In the meantime, we’re cautiously optimistic about the “up to 19 percent IPC” and “up to 50 percent iGPU” performance Intel is claiming. As usual, the really big numbers Intel shows for the new generation of processors don’t have much to do with general-purpose CPU performance—they’re tied pretty directly to finding AVX-512 optimized workloads. But the 19 percent isn’t tied to AVX-512, and it has not come at the price of reduced clock speeds or higher rated TDP, either.

Rocket Lake-S CPUs are incompatible with H410 or B460 boards, and compatibility with Z490 is uncertain at best. If you want a Rocket Lake-S CPU, we strongly recommend a new Z590 board to go with it.

In another familiar story for Intel, what the new generation does give up is core count—although only at the Core i9 level. The i9-10900K was a 10 core, 125W TDP part with maximum single-core boost of 5.3GHz; the i9-11900K matches the TDP and frequency but drops to eight cores. Core i7 and Core i5 CPUs remain 8c/16t and 6c/12t, respectively.

Ars has product samples of the i9-11900K and i5-11600K processors on hand, along with a new Z590 chipset based motherboard. We’ll naturally be offering hands-on benchmark results later this month.