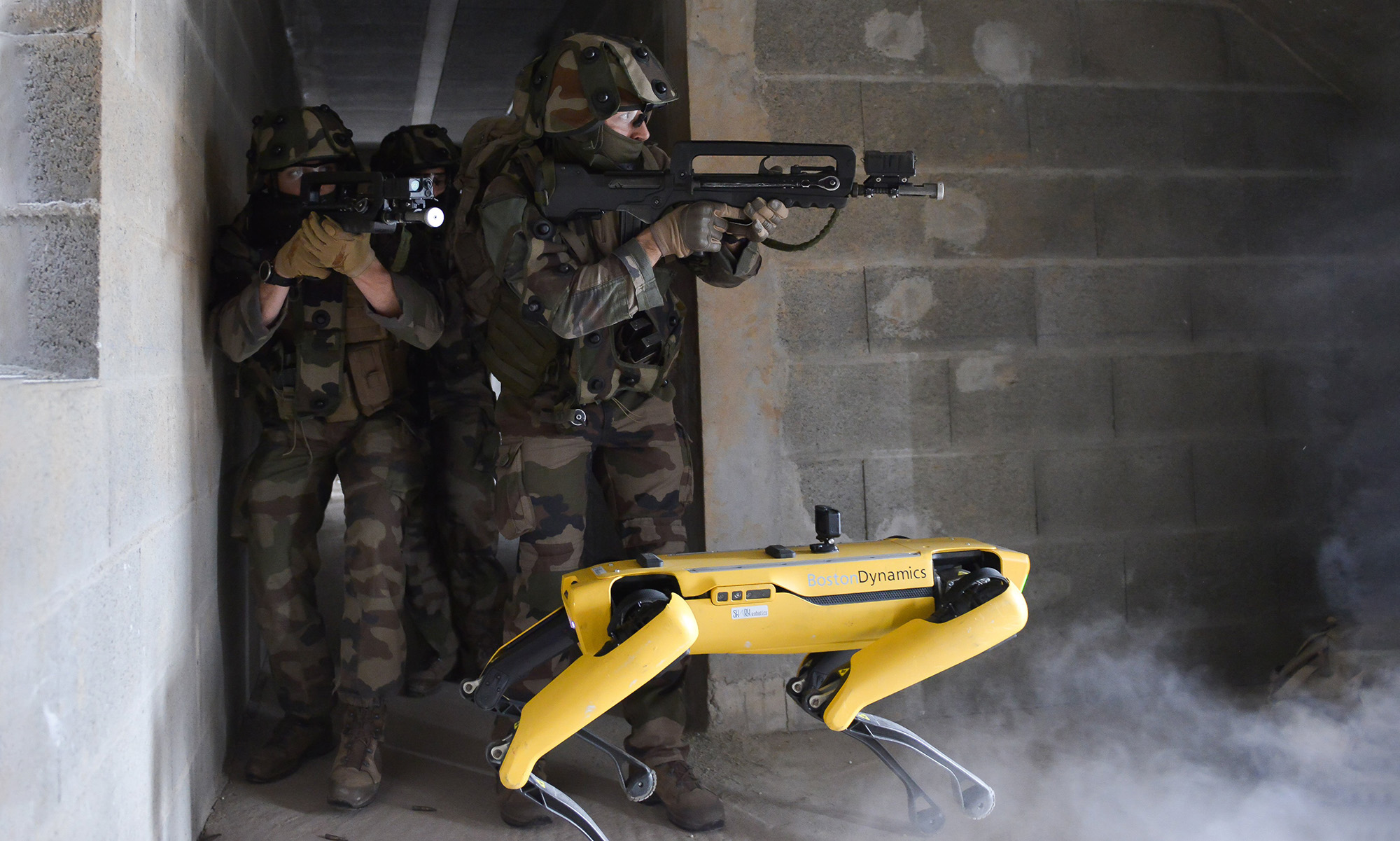 Boston Dynamics robotic dog Spot was one of several robots tested by the French army during training sessions at a military school in the northwest of France, The Verge and France Ouest have reported. It was used during a two-day training session with the aim of “measuring the added value of robots in combat action,” said school commandant Jean-Baptiste Cavalier.

The exercises aimed to get students thinking about how robots might be deployed in future combat situations. The students designed three offensive and defensive missions, with Spot used primarily for reconnaissance. The scenarios were performed by students first without and then with the aid of the robots. Other bots deployed were a remote-controlled tank-like vehicle called OPTIO-X20 armed with a cannon and Barakuda, an armor-plated wheeled drone designed to provide cover to advancing soldiers.

The robots reportedly slowed the operation down but kept troops safer, with one soldier saying he died in the first exercise without Spot, but survived the second time thanks to the robot’s reconnaissance. Battery life was supposedly an issue, as Spot ran out of juice in the middle of one exercise.

The robots were loaned to the army by European distributor Shark Robotics and Nexter Group, according to a tweet by the military school Saint-Cyr Coëtquidan. However, Spot manufacturer Boston Robotics had no knowledge of the deployment, a spokesperson told The Verge.

Some of Boston Dynamics early robots including Atlas were funded by the US military’s DARPA arm, but the company has slowly moved away from its military ties. The company’s current terms and conditions bar them from being used to “to harm or intimidate any person or animal, as a weapon, or to enable any weapon.”

Still, Boston Robotics isn’t necessarily against using robots to take soldiers out of harm’s way, the company said, and is still evaluating that idea of using robots for reconnaissance and other more passive duties. The company’s rival Ghost Robotics’ Spot-like bots have already been deployed by the US Army to patrol Air Force installations.