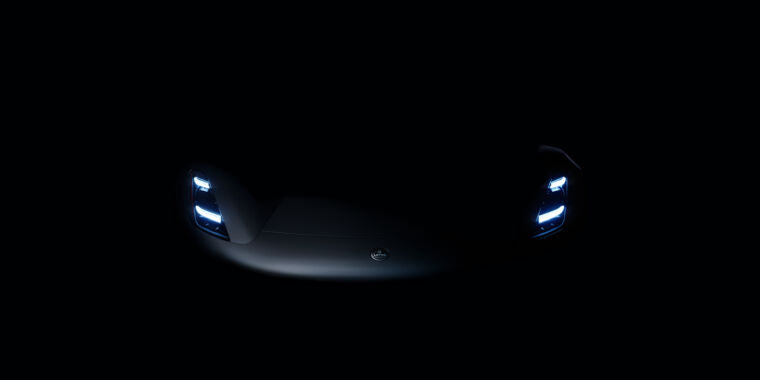 14 with 12 posters participating, including story author

Car enthusiasts have been wondering for a while now what’s next for Lotus Cars. The British carmaker is best-known for lightweight sports cars, but it’s probably nearly as well-known for being perennially broke. At least it was. In 2017, Geely bought the brand and its Malaysian parent company Proton, with the promise of reinvestment. And Geely has a track record in that regard—in 2010 it bought Volvo from Ford, then bankrolled it and stood back to watch as the Swedish OEM revitalized itself.

Well, wonder no more, for on Tuesday morning Lotus revealed its master plan. It’s preparing not one but four separate vehicle architectures, which it says will be exclusive to Lotus within the Geely group (which includes Polestar as well as Volvo) but available to other OEMs through the well-respected Lotus Engineering consultancy.

The first vehicle architecture, and probably least important, is called Extreme. We’ve actually already seen the first car that will use this hypercar platform: the Evija, a four-motor electric vehicle with 1,971 hp (1,470 kW) and a $2.1 million price tag to go with it.

Lotus’ next car is of more relevance to everyone who isn’t an oligarch. Previously known as the Type 131, it’s going to be called the Emira and will be formally unveiled in early July. The Emira will use an architecture called Elemental, which like the brand’s current vehicles uses extruded aluminum sections to create the chassis. It’s also going to be the last Lotus launched with an internal combustion engine.

I am fascinated to see what results from the Evolution platform. This third architecture is for “an all-new range of lifestyle vehicles,” which almost certainly means a Lotus crossover. Yes, you did read that correctly—I want to see what Lotus can do with a crossover. This platform is definitely a step out of Lotus’ comfort zone, intended for higher volumes than its core market of people who want lightweight sports cars. Lotus says that the Evolution platform was defined and designed by Lotus in the UK but with collaborative work with teams in China, Sweden, and Germany.

Finally, there’s an electric sports car architecture that Lotus is developing together with Alpine, the performance brand at Renault Groupe in France. “The E-Sports architecture will be flexible and modular, and will generate an exciting new sports car icon for the Lotus brand, with contemporary styling, class-leading ride and handling, explosive performance and that unmistakable Lotus character–a pure dynamic experience that is “For The Drivers”. I have challenged our teams to target the same weight as our latest combustion engine sports cars,” said Lotus Cars’ MD Matt Windle.

At this point, I’m duty-bound to remind everyone that we’ve sort of been here before. Back in 2010, Lotus surprised the Paris auto show with five new cars, none of which ever saw the light of day. But back then, Lotus didn’t have an owner with deep pockets and a track record like Geely’s. Success is by no means guaranteed. Lotus will need to build out a much more robust global sales and servicing network if it wants to sell globally in volume. And it needs to deliver cars that are compelling enough to tempt drivers away from brands like Porsche in markets where that matters and to just attract new customers in ones where it doesn’t. As a car enthusiast, I hope it can.